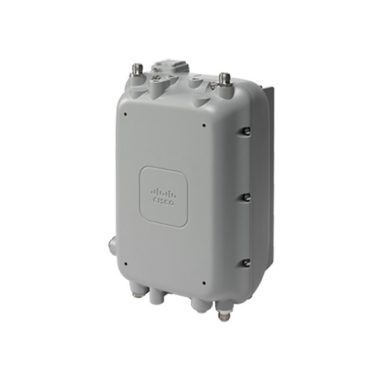 The Aironet 1570 Series from Cisco delivers presently the industry’s highest-performing outdoor access points, that are perfect for enterprise and carrier-class network users, who need extend Wi-Fi coverage outdoors. The Aironet 1570 Series devices allow higher throughput over a large field with more widespread coverage. They are designed for use in a variety of network configurations and Wi-Fi deployments and can be configured, monitored and operated with a Cisco wireless LAN controller.

For manage and control the plugged devices are used a browser-based management system from Cisco (Cisco Prime Infrastructure). Via command-line interface (CLI) the devices can be configured and deployed in an autonomous mode easily.